Close Alert Banner
I want to...

Pipin' hot, fresh out of the fire' and oozing with deliciousness, The Bush Pies are Prince Albert's #1 party band. Class is in session and these 5 teachers (and 1 university drop out) are putting on a schoolin' in the courses of good tunes, good times, and great tone.

The Bush Pies formed in 2012 and have been providing hiney-shaking good times across Saskatchewan ever since. The band consists of Danny Earl on drums, John Germs and Joel Rohs on guitar, Kirk Pilon on bass, and Kayanna Wirtz and Julie Watt on keys. As versatile as their campfire snack namesake, the Bush Pies cover it all from country to 90s to classic Rock n Roll. All killer, no filler. As the band has evolved, one rule has stayed the same: a good time is mandatory.

Ham and egg. Four cheese. Pizza. Cherry. Whatever your Bush Pie preference is, you'll be sure to love this one!

​This event is set up to be a Halloween bash like no other! There will be "party pods" available on stage and in the mezzanine boxes. Up to eight people from a shared social bubble can be in the pod for the show, with room for dancing! To purchase a party pod, please contact our Box Office directly.

​If dancing isn't your thing,  we will also still have regular seating in the auditorium.  It's a hybrid between our past Onstage Shows, and our more traditional theatre shows. Hence the Halloween Hybrid! 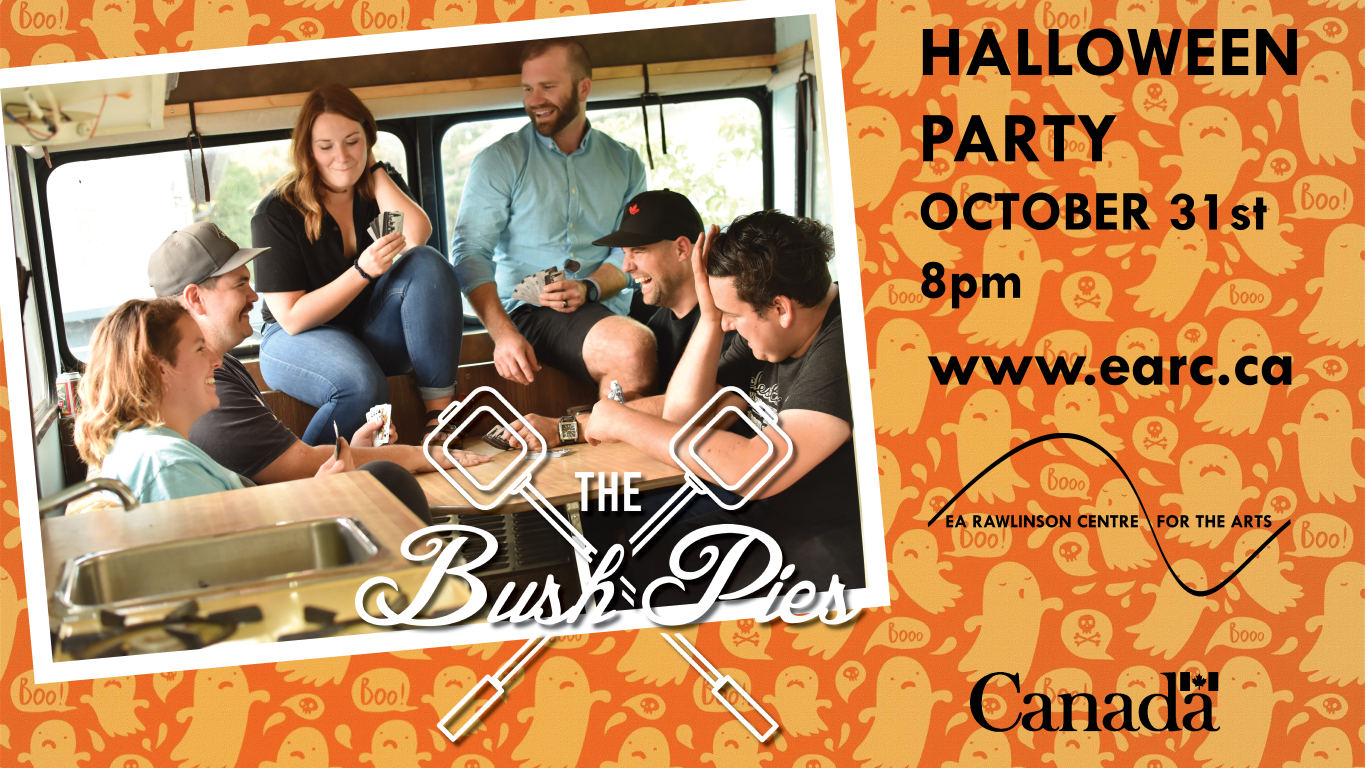 Subscribe to this Page
Close Old Browser Notification
Browser Compatibility Notification
It appears you are trying to access this site using an outdated browser. As a result, parts of the site may not function properly for you. We recommend updating your browser to its most recent version at your earliest convenience.